Separating Families? It's What the US has Always Done. 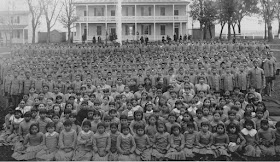 There is a crisis going on at our borders. Children are being separated from their families. Mothers are being separated from their babies. Many Americans are beginning to take notice and cry out, but the problem is not getting resolved. Democrats are blaming Republicans who in turn are blaming Democrats. And Christians from both sides of the aisle are quoting their Bibles to either force change or justify the situation. But most disturbing, are the voices declaring, "This is not who we are."  It is for those voices that I share 5 excerpts of American history.

Slave trade:
"Austin Bearse, a white man from Massachusetts...worked on a Massachusetts-based ship that transported enslaved people from Charleston to New Orleans…The ship sometimes transported as many as 80 people to plantations in New Orleans. Before setting out, Bearse said, 'We used to allow the relatives and friends of the slaves to come on board and stay all night with their friends before the vessel sailed. In the morning it used to be my business to pull off the hatches and warn them that it was time to separate, and the shrieks and cries at these times were enough to make anybody’s heart ache.'” 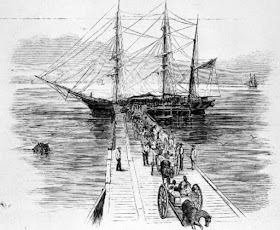 "In 1828, "while mate of the brig ‘Milton,’ of Boston, bound from Charleston, S.C., to New Orleans,” Bearse wrote, “the following incident occurred, which I shall never forget. The traders brought on board four quadroon men in handcuffs. An old negro woman more than eighty years of age, came screaming after them, ‘My son! O, my son!’ She seemed almost frantic.” Bearse recalled that when they left the port and were more than a mile out on the harbor, he could still hear this mother’s piercing screams."
(“Help Me to Find My People” by Heather Andrea Williams, pg. 114-115)

Indian Removal:
"By the middle of December most of the weak and aged had died. There is hardly a Navajo family that cannot remember tales of an aged grandfather, a pregnant mother or a lame child that had to be left behind when the camp had to be quickly deserted. The patrols were not interested in taking captives; it was too much trouble to transport them back to the forts. Any Navajo they saw was shot on sight. Mothers were sometimes forced to suffocate their hungry crying babies to keep their families from being discovered and butchered by an army patrol or taken captive by the slave raiders."
(Locke, The Book of the Navajo, pg. 358) 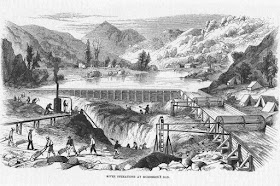 Manifest Destiny:
Even though California was admitted as a free state in 1850, that same year the newly established California legislature passed the Indian Indenture Act which “establishes a form of legal slavery for the native peoples of the state by allowing whites to declare them vagrant and auction off their services for up to four months. The law also permits whites to indenture Indian children, with the permission of a parent or friend, and leads to widespread kidnapping of Indian children, who are then sold as ‘apprentices.’" (PBS) In his book “The Other Slavery: The Uncovered Story of Indian Enslavement in America,” author Andres Resendez writes, “According to one scholarly estimate, this act may have effected as many as twenty thousand California Indians, including four thousand children kidnapped from their parents and employed primarily as domestic servants and farm laborers” (pg. 2). The wanton killing, enslavement and complete disregard for the lives of the California Indians was so pervasive that even California’s first Governor, Peter Burnett, acknowledged the following in his State of the State Address in 1851, “That a war of extermination will continue to be waged between the races until the Indian race becomes extinct must be expected. While we cannot anticipate this result but with painful regret, the inevitable destiny of the race is beyond the power or wisdom of man to avert.” (Governors.Library.CA) 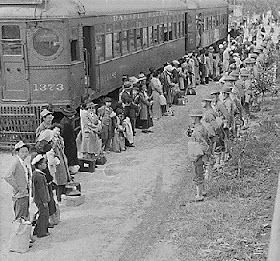 "Today, we call them 'internment camps.' A more accurate term would be “concentration camps.” They were called exactly that by then-President Roosevelt as he confidently endorsed them. The name “enemy alien internment camps” was also used to describe these centers...Japanese Americans were uprooted from their homes and treated like criminals. They experienced enormous loss. They suffered great physical and emotional trauma. A racial minority was concentrated in specific areas for the security of the nation, imprisoned in deplorable conditions, and stripped of their dignity. They were living in concentration camps." (10 Shameful Facts About Japanese-American Internment)

"Within hours of the attack on Pearl Harbor, the FBI began arresting the mostly Issei men flagged as security threats during the decade of government surveillance that preceded the war. Over 1,200 businessmen, Buddhist priests, Japanese language school teachers, and other community leaders were taken into custody within the first 48 hours. That number would eventually swell to more than 5,500. Many of these men left behind wives and children. They were picked up without warrants or charges, and families sometimes waited weeks to find out where they were being detained—in many cases learning that they had already been sent to Department of Justice internment camps like Santa Fe or Missoula. " (Densho Blog: Photo Essay: Japanese American Mothers During WWII)

"In 1961, when I was six years old, my parents were ordered by the U.S. government and the BIA to put me in Kinlichee Boarding School. My father took me there and left me crying after him. I remember crying all the time. I was in Kinlichee for six years, Toyei Boarding School for two years, and Fort Wingate Boarding School for one year.  When we arrived at boarding school, we were assigned a number, were given baths, and were dressed in identical clothes and shoes. I was stripped of my Navajo clothes and moccasins, which had been sewn for me by my mother, and they were thrown away." 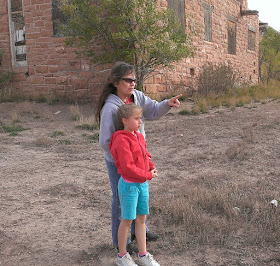 "I was always lonely. Every chance I got, I would go to the laundry room. It had a big window, and if I sat in a certain place, I could see the road at the top of the canyon or mesa. I would watch the road to see if my parents were coming to get me. Kinlichee Boarding School was built near a wash and was surrounded by a fence. I tried many times to run away as I got older, but I was always caught. One time at Toyei Boarding School, I crawled through the sagebrush, dirt, trees, and cactus for miles, but they found me and brought me back for more punishment."
(Written by Susie Silversmith, a boarding school survivor – quote taken from CRCNA Doctrine of Discovery Task Force – “Creating a New Family: A Circle of Conversation on the Doctrine of Christian Discovery” - pg. 55)

Throughout our history the United States of America has used the separation of families as a means of controlling people of color. Whether during Indian removal, the slave trade, Western Expansion, Internment Camps, Indian boarding schools or in immigration detention centers today - the U.S. government has been stealing babies from their mother’s breasts for nearly 250 years. It is who we are. It's what our government does.

But it's not who we have to be.

The first step towards change is acknowledging we have a problem. So while this may be who we are, it is not who we have to continue to be. But that is a decision we have to make together, both intentionally and collectively. Our systemic injustice, racism, and implicit bias of white supremacy are not partisan problems. It's a collective problem. And the solution is not for Democrats to be better Democrats. Nor will anything be solved if Republicans can be better Republicans. Instead, we need to call upon all Americans to be better humans.


Mark Charles (Navajo) speaks and writes about the Doctrine of Discovery. He is calling for a National Dialogue on Race, Gender and Class. A Conversation on par with the Truth and Reconciliation Commissions in South Africa, Rwanda and Canada. Mark calls it Truth and Conciliation and his goal is 2021. You can learn more about the Doctrine of Discovery and #TCC2021 on his website - Wirelesshogan.com.  Mark is active on Facebook ,  Twitter ,  YouTube  and  Instagram.
Mark Charles at 6:32:00 PM
Share